I must admit, my relationship with cinema is often a bit sadistic. I love a good “hate watch,” a term that is widely defined as something you watch for the enjoyment of mocking or criticizing it. But alas, sometimes a movie catches me off guard and I end up liking it more than I’d care to admit. Without further ado, here are four films that I have been deeply conflicted over for years. 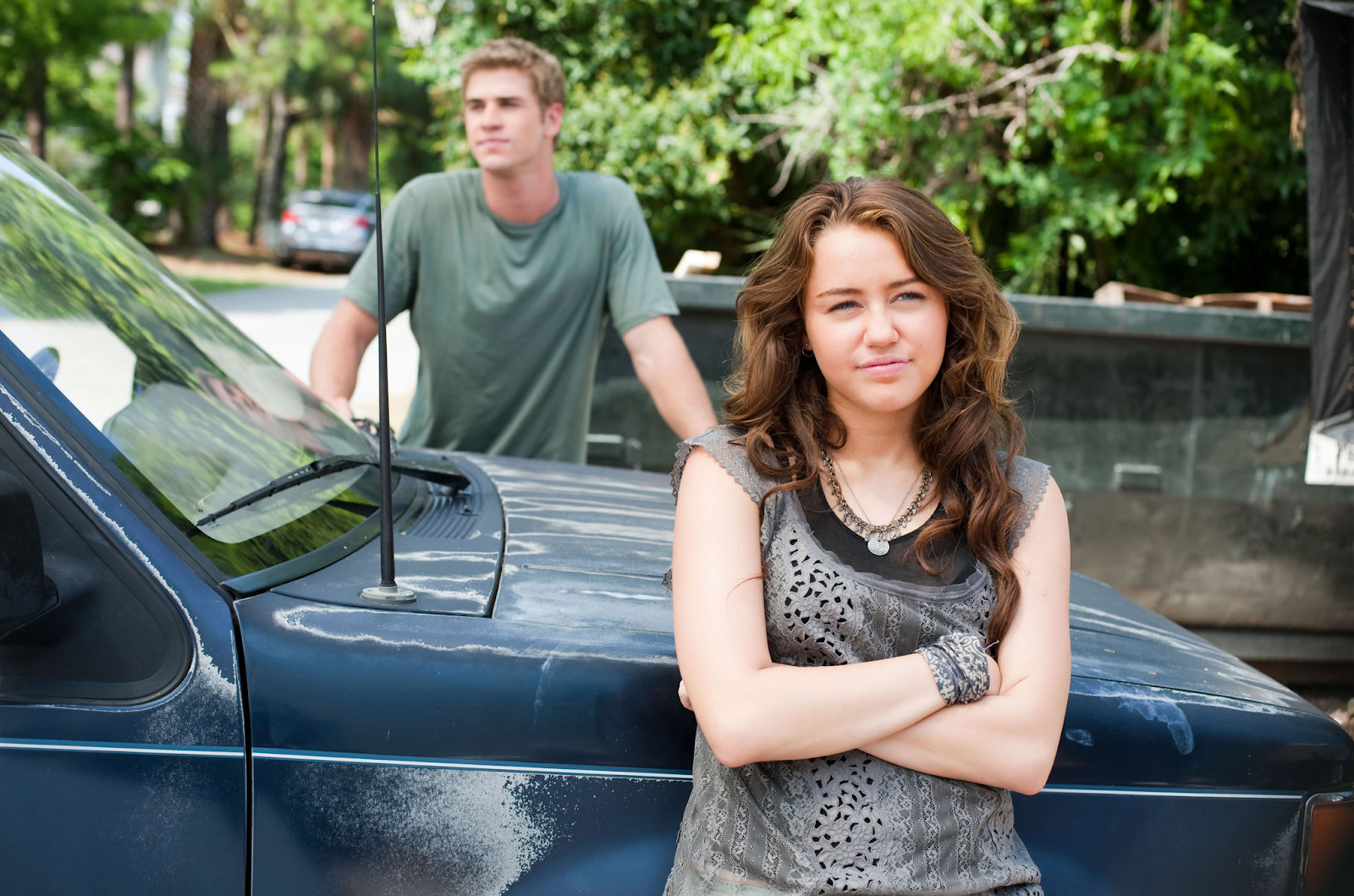 In The Last Song, a troubled teen girl is forced to spend the summer in a seaside town where she experiences love, loss, and is forced to reconcile with her estranged father.

Why I Love It:

15 year-old me ate this move up. It’s so nostalgic that it makes my bones hurt. It may have also instilled me with the erroneous belief that glaring and snarling at men will make them fall madly in love with me. I have tried this, and I can attest that it is not nearly as effective as the movie suggests. Also, all of Miley Cyrus’s outfits? Iconic. The sappy romantic montage with Maroon 5’s “She Will Be Loved” playing in the background? Cinema at its finest. For some odd reason, this is just one of those rare movies that I never get tired of watching.

Why I Hate It:

My love for this movie insurmountably overwhelms my qualms with it, but there are a few things that don’t sit well with me.

First of all, Miley Cyrus’s character is kind of the worst. She redeems herself by the end, don’t get me wrong, but she’s pretty horrible to everyone around her for the majority of the movie. She also consistently makes this really weird facial expression (demonstrated in the picture above). Secondly, she just magically got accepted into Julliard without applying or auditioning because they’d been “watching her since she was five”? Mmkay.

Fun Fact: I bought this movie as a christmas gift for my younger sister “as a joke” because I secretly wanted to own it but was too embarrassed to just buy it for myself. Did my whole family see right through this charade and tease me mercilessly about it for years to come? Absolutely. Was it still worth it? Indisputably yes. 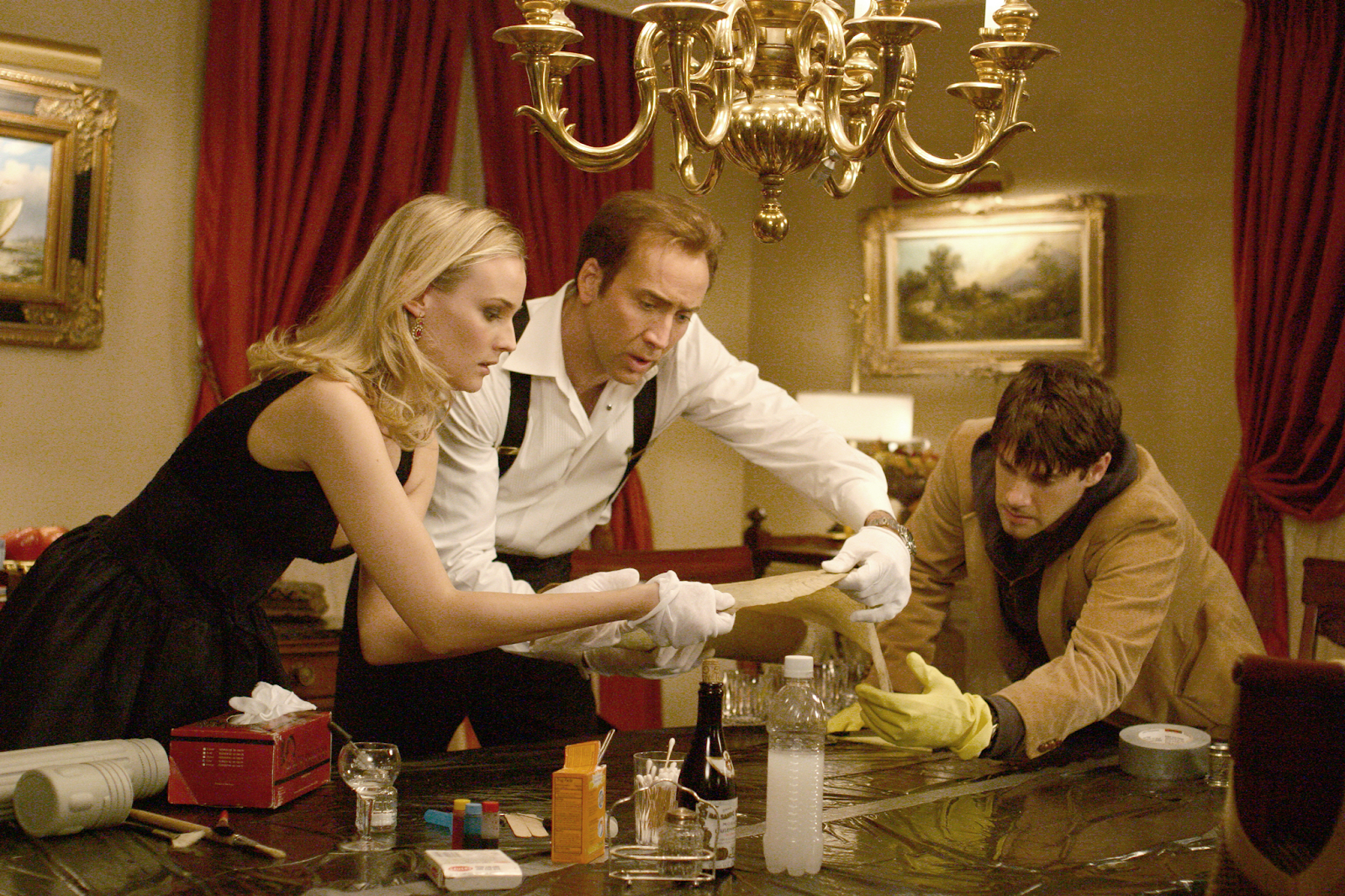 National Treasure chronicles the adventures of historian and conspiracist Ben Gates who embarks on a thrilling and dangerous journey to find a treasure that will uncover shocking secrets from American history.

Why I Love It: National Treasure is a staple of childhood Disney classics. It’s such a comfort film. And there are so many iconic moments, like when Nicholas Cage rips off his jumpsuit and is wearing a tux underneath, or the classic line when he says, “I’m gonna steal it, I’m gonna steal the Declaration of Independence.” I literally just got chills thinking about it. After I watched this movie, I’m pretty sure my siblings and I spent a concerning amount of time wandering through the woods, confident we were going to stumble upon some ancient artifacts or maybe an underground cavern filled with gold. Sometimes you just can’t beat the classics.

Why I Hate It: I’m not sure why, but Nicholas Cage just triggers my fight or flight. Also, I was hardcore rooting for the British villain, and he ended up going to jail… so yeah, pretty indignant on his behalf. When the future of mankind is threatened by a powerful extraterrestrial being, Bruce Wanye must gather a team of gifted individuals to save earth from total destruction.

Why I Love It: Say what you will about this movie, but it has a pretty impressive cast. All the actors commit to their roles with vigor, even if the writers kind of do them dirty with the screenplay. The chaos of the movie is arguably one of its flaws, but it also amps up the fun factor. I had very little idea of what was going on, but I was extremely amused by whatever it was.

Why I Hate It: I’m so befuddled by the dialogue in this movie. Some of it is just so bizarre that I can’t comprehend what the writers were thinking. Justice League also falls under the category of superhero movies where I just can’t take anyone seriously because of the costumes. Like, I get that they’re superheroes, but still. Also, why don’t Batman and Wonder Woman stop playing around and share a fat, juicy smooch? I sat patiently through the entire two-hour movie and not once did they smooch. Additionally, why does the villain have an army of angry, mechanical henchman bugs? I feel like there surely must’ve been a more compelling option. After years of living in her shadow, Rachel (Ginnifer Goodwin) finally confronts her feelings for her best friend’s fiance, which causes her to descend into a complicated tangle of lies, drama, and relational havoc.

Why I Love It: Two words; John Krasinksi. He’s so loveable and charming in this movie, and he almost manages to make Something Borrowed worth a watch. The movie also has a killer soundtrack, the kind that makes me want to put on a fancy dress and run dramatically through a parking lot in a rainstorm.

Why I Hate It: Ugh, honestly, I don’t know where to begin. This movie is essentially a 90 minute montage of adults making very childlike decisions. Every time I watch it, I end up with a sore jaw from clenching my teeth the whole time. To make matters worse, none of the characters face any consequences for their horrible decisions. Things turn out hunky-dory in the end, so if you like to see justice served, this is not the movie for you.

In conclusion, movies are kinda like people: flawed, frustrating, mind-boggling, and above all, essential to living a fulfilling life. So get out there, seize the day, watch a movie you think you’ll despise, and who knows, it might eventually blossom into a beautiful, complicated, love-hate relationship.

All featured images courtesy of of IMDB.com